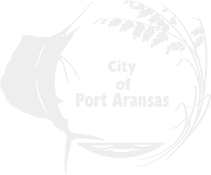 Experts believe the islands along the Texas coast began life as submerged sand bars about 4,500 years ago.

The island was first called Wild Horse Island, then Mustang because of the wild horses called “Mestenos”, brought to the island by the Spaniards in the 1800s.

The first known human occupants of the island were the Karankawas Indians. Spanish explorer Cabeza de Vaca was probably the first European to meet the Karankawas in 1528.

Jean La Fitte and his band of buccaneers spent a lot of time on neighboring islands as well as Mustang Island in the 1820s. Legend has it that somewhere on the island is a Spanish dagger with a silver spike driven through the hilt marking the spot where La Fitte buried a chest of gold and jewels.

As the still natural pass attracted more and more commerce and updated charts were needed, there appeared an 1833 map which noted the location of what would become Port Aransas but was then called Sand Point. The pass was given the name Aranzazu, which later became Aransas.

During the 1846-48 Mexican War, a small fort was built on Mustang Island to guard the entrance to Aransas Bay. It was used until after the Civil War.

In the 1850s regular steamship service ran between Mustang Island and New Orleans. The first deep draught steamship went through the Pass in 1859. Mercer Docks was destroyed during the 1875 Storm, thus ending the service.

The town of Mustang Island was called Ropesville by the early 1890s but changed its name to Tarpon by 1899 because of the large numbers of the fish being caught in its waters. The population at that time was about 250. Citizens began calling their town Port Aransas about 1910. The storm of 1919 virtually wiped out the town except for a few structures.

At the turn of the century, the village was doing big business in sea turtle export with some catches weighing up to 500 pounds. They were shipped live, on their backs, to market. It is estimated that some 600+ species of saltwater fish inhabit the waters off the islands.

For additional history and an overview of Port Aransas / Mustang Island, visit the newly renovated foyer located in City Hall at 710 W. Avenue A and Cutoff Road and the University of Texas Marine Science Institute Visitor Center located on Cotter Avenue at the beach. (source)

Texas SandFest is a greatly-anticipated annual sand sculpture competition and festival. Each year more than 100,000 people attend this family-friendly event. Organized by local volunteers since 1997, master sculptors from around the country and abroad, as well as children and amateurs, gather on the Port Aransas beach to create artistic, imaginative, and skillful sand sculptures. The three-day festival includes live music, food, jewelry, crafts, sand sculpting lessons, and more.

Get your binoculars and checklists ready! The Coastal Bend is the only spot in the United States where the last naturally occurring population of endangered Whooping Cranes can be viewed at close range, and Port Aransas celebrates this natural wonder with an annual festival honoring these grand birds. In addition, an awesome array of wintering migratory birds flock into the wetlands and onto the Texas shorelines of Mustang Island. A series of birding tours by land and sea are highlights during the festival, along with speakers, photography workshops, and more.

Known as the “Fishing Capital of Texas,” Port Aransas boasts the best in all areas of the sport. Anglers can take an offshore excursion, fish the bays and channels, and cast a line in the surf or from one of the lighted public piers. Fishing tournaments abound during the summer, with one nearly every weekend, ranging from kids to women only and billfish to redfish tournaments.

Located in the heart of the Central Flyway, Port Aransas and Mustang Island are a birder’s paradise. Hundreds of species of resident birds and thousands of migrants can be found here. With six sites on the Great Texas Birding Trail, Mustang Island is the optimal spot for bird watching.